Price drop on Files that Last

Posted on March 2, 2021 | Comments Off on Price drop on Files that Last

Files that Last: Digital Preservation for Everygeek has been out for quite a few years. While the relevant technology has changed in many ways, especially with the explosive growth in cloud storage, I think most of its advice is still useful. I’ve permanently dropped its price to $1.99, no discount code required. The price drop is immediate on Smashwords. It may take longer to percolate to other sources supplied by Smashwords.

Comments Off on Price drop on Files that Last

I’m participating in Smashwords’ “Read an Ebook Week Sale,” from March 3 to March 9, 2019. During that time, Files that Last will be available for 50% off! Don’t miss your chance to learn about “digital preservation for everygeek” at a low price.

Comments Off on Files that Last: 50% off!

It’s been too long since I’ve had a special discount on FTL. For all of June, you can get Files that Last: Digital Preservation for Everygeek on Smashwords for just $4.00. That’s half off the regular price! The coupon code is KC49Z.

FTL is aimed at anyone with a moderate level of technical knowledge who’s concerned with keeping files from becoming useless over the years. It covers formats, metadata, media, file systems, and more.

The book is 100% DRM-free on Smashwords. I’ve done my best to keep it that way when it’s sold through other platforms but can’t always guarantee it.

Posted on November 30, 2017 | Comments Off on International Digital Preservation Day

In honor of the day, I’m offering Files that Last: Digital Preservation for Everygeek on Smashwords at its lowest price ever. Today only, you can get it for $0.99 with the coupon code
AM26N. This is a one-day sale, so get it now if you don’t already have it!

There are new releases of VeraPDF and JHOVE today.

Posted on February 22, 2016 | Comments Off on Upcoming book on digital preservation

Almost all the published books on digital preservation are academic writing for a very limited audience. My own Files that Last wasn’t intended for a tiny audience but ended up that way. The chances look better for Abby Smith Rumsey’s upcoming When We Are No More: How Digital Memory Is Shaping Our Future.
END_OF_DOCUMENT_TOKEN_TO_BE_REPLACED

Comments Off on Upcoming book on digital preservation

Update: It’s clear from the small response that the necessary level of interest isn’t there. Oh, well, that’s what testing the waters is for.

I’m getting the urge to write another book, going the crowdfunding route which has worked twice for me and my readers. My earlier Files that Last got good responses, though the “digital preservation for everygeek” audience proved not to be huge. Tomorrow’s Songs Today, a non-tech book, got more recognition and additional confirmation that book crowdfunding works. This time I’m aiming squarely at the institutions that engage in preservation — libraries, archives, and academic institutions — and proposing a reference on the software tools for preservation. The series I’ve been running on file identification tools was an initial exploration of the idea.

In the book, I’ll significantly expand these articles as well as covering a broader scope. Areas to cover will include:

END_OF_DOCUMENT_TOKEN_TO_BE_REPLACED

Posted on August 8, 2014 | Comments Off on Cookbooks vs. learning books

A contract lead got me to try learning more about a technology which the client needs. Working from an e-book which I already had, I soon was thinking that it’s a really confused, ad hoc library. But then I remembered having this feeling before, when the problem was really the book. I looked for websites on the software and found one that explained it much better. The e-book had a lot of errors, using JavaScript terminology incorrectly and its own terminology inconsistently.

A feeling came over me, the same horrified realization the translator of To Serve Man had: “It’s a cookbook!” It wasn’t designed to let you learn how the software works, but to get you turning out code as quickly as possible. There are too many of these books, designed for developers who think that understanding the concepts is a waste of time. Or maybe the fault belongs less to the developers than to managers who want results immediately.

A book that introduces a programming language or API needs to start with the lay of the land. What are its basic concepts? How is it different from other approaches? It has to get the terminology straight. If it has functions, objects, classes, properties, and attributes, make it clear what each one is. There should be examples from the start, so you aren’t teaching arid theory, but you need to follow up with an explanation.

If you’re writing an introduction to Java, your “Hello world” example probably has a class, a main() function, and some code to write to System.out. You should at least introduce the concepts of classes, functions, and importing. That’s not the place to give all the details; the best way to teach a new idea is to give a simple version at first, then come back in more depth later. But if all you say is “Compile and run this code, and look, you’ve got output!” then you aren’t doing your job. You need to present the basic ideas simply and clearly, promise more information later, and keep the promise.

Don’t jump into complicated boilerplate before you’ve covered the elements it’s made of. The point of the examples should be to teach the reader how to use the technology, not to provide recipes for specific problems. The problem the developer has to solve is rarely going to be the one in the book. They can tinker with the examples until they fit their own problem, not really understanding them, but that usually results in complicated, inefficient, unmaintainable code.

Expert developers “steal” code too, but we know how it works, so we can take it apart and put it back together in a way that really suits the problem. The books we can learn from are the ones that put the “how it works” first. Cookbooks are useful too, but we need them after we’ve learned the tech, not when we’re trying to figure it out.

Comments Off on Cookbooks vs. learning books 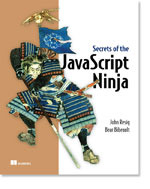 Comments Off on Ninjas, samurai, and artists

Just in case you don’t follow the other channels in which I’ve been talking it up, Files that Last, my new e-book on digital preservation for “everygeek,” is now out. It covers issues of backup, archiving, file formats, and long-term planning. Right now it’s available from Smashwords, Kobo, and the iTunes Store. It hasn’t shown up on Amazon yet, but I expect it will soon.

I’m not exactly impartial on this, but I think you’ll find it a valuable resource for preservation planning on the personal level and for large and small organizations.

Comments Off on Files that Last

Posted on December 10, 2012 | Comments Off on Kickstarter launch: Files That Last

It’s started! Today I’m launching a Kickstarter campaign to help fund the completion and publication of my e-book, Files That Last. Rather than repeat everything I’ve said on the Kickstarter page and the homepage for the book, I’ll say just enough to convince you, as someone who cares about formats and digital preservation, that it’s worth looking at those pages and considering helping to fund the book and spread the word.

So far there isn’t, as far as I know, a book to promote and explain digital preservation to people who understand computers but aren’t part of the library and archiving world. That’s where I’m aiming this book. If you look at the Library of Congress’s personal archiving pages, that gives you some idea of what I’m aiming at, though I’m also addressing nonprofit organizations and businesses. It’s not a book for programmers, but it will have enough technical detail to give an understanding of how formats, metadata, and media affect the longevity of files and how to make best use of them.

If you pledge $10, you’ll get an electronic copy of the book when it’s done (DRM-free, naturally). For just $100, you can use it as a classroom text and distribute it to up to 50 students!

If you want brief, regular updates on the project, add this URL to your RSS feed.

I’m counting on your support to help make this happen, whether you pledge money, spread the word, or both. I’m excited about getting the book out, and I think you will be too when you see it.

Comments Off on Kickstarter launch: Files That Last